Skip to main content
Got the opsbuzz yet?
We collect the latest Cloud, DevOps & ITSM news from around the globe and deliver it direct to your inbox. One email per week, no spam.

Overview of Site Reliability Engineering
Sep 22, 2022   |  By Lukonde Mwila
In addition, with the growth of microservices, continuous deployment, and cloud computing, Site Reliability Engineering (SRE) is key to providing uninterrupted service delivery of employee and customer-facing services, especially in the digital era. SRE is a concept that was developed by the Google engineering team and has become a strongly desired model in the software operations lifecycle.
Read Post 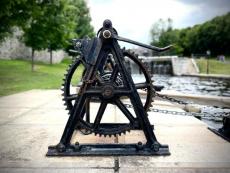 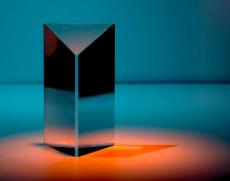 Monoliths to Microservices: The Journey to Cloud Native
Sep 14, 2022   |  By Jason Bloomberg
Programs in PASCAL, a procedural programming language popular in the 1970s and 1980s, required a single period at the end of each program. Computer programs, after all, were discrete. Self-contained. And above all, monolithic. Smalltalk, and later C++ and finally Java, brought a new programming paradigm: object orientation. Instead of a block of procedural code, these languages supported classes, objects, interfaces, and eventually more advanced constructs like JavaBeans.
Read Post

On-Call Schedules: Striking the Perfect Balance
Sep 1, 2022   |  By Alexander Yu
DevOps, and Site Reliability Engineers - your prayers have been answered! 🙏 With Lightstep Incident Response, you can finally orchestrate all your on-call schedules, precise notifications, smart alert grouping, and automated incident response in one place. Finally, everything is under control. While engineers have continued to develop ways to make our systems more available and robust, downtime is still an unfortunate reality for just about every product or service.
Read Post 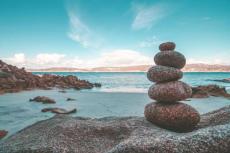 Error Budget and Uptime
Aug 26, 2022   |  By James Walker
An error budget refers to the number of errors or amount of degradation that your service can experience over some time before you breach your service level agreement (SLA) or objective (SLO) and compromise user confidence. To understand error budgets you first must understand SLAs and SLOs. Establishing an error budget is an important part of site reliability engineering (SRE), the concept of using data- and software-driven methodologies to enhance operations of production systems.
Read Post 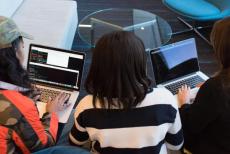 Leading SRE with Empathy
Aug 10, 2022   |  By Ana Margarita Medina
Writing and operating software is hard. We've seen huge changes in how we build reliable software over the past two decades, driven by the DevOps movement and SRE practices the last few years. Some of the great things that came from the years of experience and great minds in the community are that operating software at scale is very hard, and it’s not just about code and processes. We have learned that people are also a big part of the puzzle.
Read Post 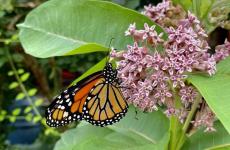 Observability Mythbusters: OpenTelemetry to Lightstep 3 Ways in Go IS Possible!
Aug 8, 2022   |  By Adriana Villela
In the last couple of weeks, I spent a ton of time looking at different ways to send OpenTelemetry (OTel) data to Lightstep. In case the super-obvious title didn’t tip you off already, there are three different ways to do so: In this post, I will dig into each of these three approaches in detail, with code snippets which explain how to get data into Lightstep Observability. Let’s do this!
Read Post 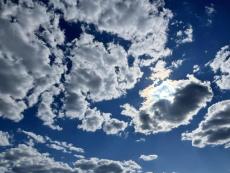 Use Span Links in Lightstep
Jul 28, 2022   |  By Adriana Villela
One of the things that I’ve enjoyed as part of my personal Observability Journey has been learning about different aspects of OpenTelemetry. This week, I got to dig into a concept that was totally new to me: Span Links. I have to admit that this one was a tricky one to wrap my head around, because the definitions out there are um…confusing.
Read Post 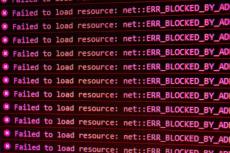 Cost of Downtime and How to Calculate It
Jul 27, 2022   |  By James Walker
Downtime can have a crippling impact on your business, even if you manage to restore services quickly. Many organizations underestimate the true cost of downtime because it can be difficult to comprehend the wide-ranging effects. Outages can cause lost revenue, reputational damage, employee productivity, and regulatory penalties, creating spiraling costs for every minute you’re offline.
Read Post
END_OF_DOCUMENT_TOKEN_TO_BE_REPLACED

Lightstep Observability Explainer
Aug 23, 2022   |  By Lightstep
Lightstep is a monitoring, observability, and incident response platform that enables reliability at scale for devops teams around the world - built for enterprise-and-beyond scale thanks to a modern, hyper-efficient platform. Lightstep is driving intuitive cloud-native observability to immediately identify and understand every change in the complex cloud-native apps that power your business.
View Video

Data by Design: OpenTelemetry and the Future of Observability Part 2
Jun 14, 2022   |  By Lightstep
There are big changes coming to how we practice observability. In this new series, we're going to cover the big ideas behind the creation of the OpenTelemetry project, and dive deep into how and why this new approach is better suited for operating modern production systems. In part two, we set aside the traditional "three pillars" approach to observability, and design a new telemetry data structure from scratch which better suits our needs. Along the way, we'll learn about OTLP, OpenTelemetry's new data protocol.
View Video

Lightstep Incident Response | Integration: Grafana
May 16, 2022   |  By Lightstep
Learn how to integrate Grafana into Lightstep Incident Response. The all-in-one web application performance tool provides performance insight from the end-user experience. Your feedback helps us serve you better. Did you find this video helpful? Leave us a comment to tell us why or why not.
View Video

Lightstep Incident Response | Integration: New Relic
May 13, 2022   |  By Lightstep
Learn how to integrate New Relic into Lightstep Incident Response. The all-in-one web application performance tool provides performance insight from the end-user experience, through servers, and down to a line of application code. Your feedback helps us serve you better. Did you find this video helpful? Leave us a comment to tell us why or why not.
View Video

Myths and Historical Accidents: OpenTelemetry and the Future of Observability Part 1
Apr 5, 2022   |  By Lightstep
There are big changes coming to how we practice observability. In this new series, we're going to cover the big ideas behind the creation of the OpenTelemetry project, and dive deep into how and why this new approach is better suited for operating modern production systems. In part one, we set the stage by reviewing what's wrong with the traditional "tree pillars" design, and pointing out the ways that this silo'd approach to telemetry prevents us from building the kind of automated analysis we want to have when we're investigating strange, emergent behavior.
View Video

Incident Response | Create a grouping rule
Mar 3, 2022   |  By Lightstep
-- Create grouping rules to automatically group similar alerts and reduce the noise in you queue. Your feedback helps us serve you better.
View Video

Incident Response | Virtual agent capabilities in app
Mar 3, 2022   |  By Lightstep
-- Virtual agent has two primary functions: to transfer user to a live agent and provide case status. In this video we’ll show you how both of those functions work. Your feedback helps us serve you better.
View Video
END_OF_DOCUMENT_TOKEN_TO_BE_REPLACED

Delivering on the promise of unified observability, Lightstep enables teams to detect and resolve regressions quickly. We scale gracefully from a single service to hundreds, without limits to data volume or cardinality, as the needs of your business expand to empower any team size, at any stage in the software development lifecycle.

We integrate seamlessly into daily workflows, whether you are proactively optimizing performance or investigating a root cause so you can quickly get back to building features.

With auto-instrumentation and out-of-the box access to a root cause analysis engine, we enable immediate and meaningful insights in real-time.

Follow us for all the latest updates!
Follow @opsmatters_uk
Sign up for opsbuzz and we'll keep you up to date with the latest Ops News and Information!    Browse »
We never send spam and will not pass your details to anyone else
Tweets by @LightStepHQ